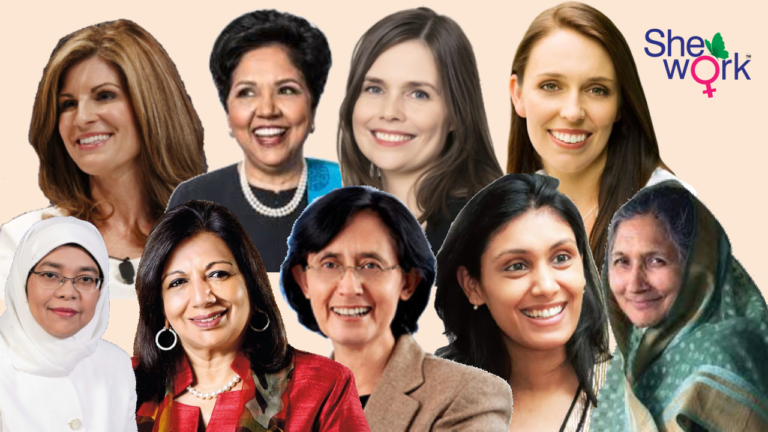 Pandemic, a term which has till date only been read about in history books, has come in its true form in front of us. 2020, to most people can be seen as the year where doom fell upon us. While it is somewhat, to a great extent true, there are other things which have come into focus because of this pandemic named COVID-19.

During this pandemic, you must have come through various media platforms and channels showering light and extra footage on countries led by women leaders. There is a peculiar reason for the same. As per the stats that have come into focus amidst the pandemic, countries which have women as their top leaders have suffered significantly less than those countries led solely and primarily run by men.

Countries with women in their leadership have experienced less death tolls as opposed to other countries. Not just this, such countries have also proved to be successful in hegemonizing the pandemic situation efficaciously and to a far greater extent than others.

Today, if you are to go on Google and get a list of the top 5 countries which have dealt with pandemic in the most controlled and effective manner, you will find the names New Zealand, Iceland, and Singapore leading the charts and lists. Each of these countries have many things in common, but during these testing times, the one thing that has shone out is their leadership.

On 26th March, the Prime Minister of New Zealand, Jacinda Ardern did what none other could do and announced a country wide lockdown. She has shown the true face of a powerful woman as she handled a lethal volcanic eruption, a great recession, the country’s worst terrorist attack, and a global pandemic, all in her first term!

Since 2017, Katrin Jakobsdóttir is the Prime Minister of Iceland. It was under the expert leadership of this super woman that the country of Iceland passed through the pandemic almost unscathed with only 10 deaths countrywide.

Halimah Yacob ensured her name went down in history not just by becoming the first female president of Singapore, but also warranting that her country suffered as less as possible at the brutal hands of the pandemic. With swift steps and fast thinking, the country began a place no longer suitable and endurable for the pandemic.

None of these women came to their political position yesterday. Even years before the pandemic, these are the same names and faces that graced the seat with their wit, intelligence, and power. However, the pandemic became the reason they came into the light and turned out to be the brightest of all.

Every form of media has become a fan of these strong women and one thing that is for certain is that the pandemic has indeed reshaped nations about female leadership.

Today, we do not need to look far off to find names of women who have led and are still leading companies onto an eminent route. Be it CEOs or entrepreneurs, women today hold every highest position thinkable, and they are rocking it too. This brings to my mind a quote I read sometime back – ‘A woman can do anything a man can do, but backward and in high heels.’

Indian women are no different. ‘Bhartiya Nari Sab Par Bhari’ has been the aphorism of our country’s women since ages and never once have we been let down. From Indra Nooyi (the former CEO of PepsiCo) to Roshni Nadar Malhotra (Chairperson of HCL Technologies & the first woman in India to lead a listed IT company) and from Vinita Bali (former Managing Director of Britannia) to Kiran Mazumdar-Shaw (creator of the biopharmaceutical company named Biocon), we have women precedents in all walks of life to get inspired from.

Let’s Empower One Another!

Over the course of years, we have seen how magic is created when women come to the succor of other women. Be it any sector of life and work, the statement stands true and tall till date. Another soaring example of this is our incredible platform, run by women and for women – Shework.in.

Shework.in is a unique idea that commenced as the hard work of a woman, who understood the imperativeness of holding other women’s hand in this long journey of struggles and accomplishments called life. Hence, came into existence Shework.in, a shared employment platform where women would get the liberty to choose her pick from myriad options of employers. Our maxim, from the very beginning, has been to ensure women get mentored, upskilled, and elevated in a healthy working environment and mutually respecting community, which leads them to coming across great prospects for accomplishments and better feats for their future endeavors.

So, if you are a woman who believes in the power of a woman having the back of another woman, Shework.in is the platform for you! Discover great things and become the chieftain of your own career and future with our incredible platform curated especially for women like yourself.