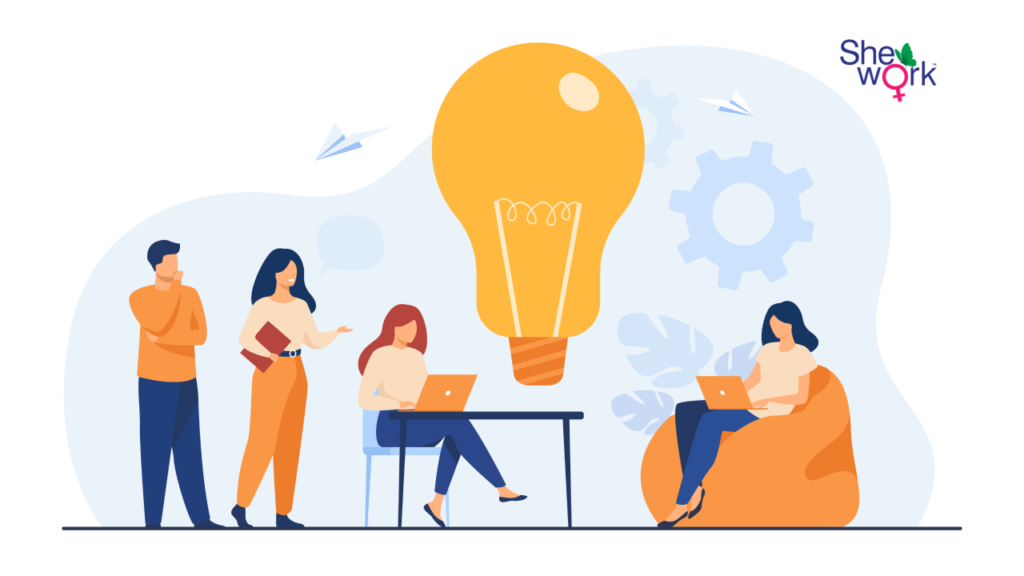 Women today are no less than their fellow counterparts in anything. Be it managing the house or handling their professional life, women are acing each and every field. There was once a time when women were believed to have no relation at all with economy and the terms related with it. However, with the turn of the 21st century many things have changed, general perspective and outlook being one of them!

Gig Economy is not a new term. In fact, if we are to dwell upon the last decade that went by, it has been all that people are talking about. So, let us also talk about gig economy, shall we!

In August 2020, an initiative of LEAD at the Krea University named WWAGE, which is an acronym for ‘What Works to Advance Women and Girls’ released a report titled ‘India’s Emerging Gig Economy: The Future of Work for Women Workers.’ This study was about women and their feelings and experiences with the ‘on-demand’ gig economy in India.

The study covered a wide array of topics including the countless arrangements of an employer-employee relation and the existing pattern of gender dynamics present and seen in the gig economy. The report published by the company enlightened many facts and figures about the on-goings of the said economy.

Even today, in spite of India being 73 years into Independence has not provided any true freedom to its women. Yes, you will find more educated women today than you would have a found a decade ago. Yes, there has been an increase in the numbers when it comes to working women. Yes, child marriages have gone down. Yes, women are no longer seen as homemakers alone.

But there is always a but!

No matter how many women you see succeeding, there are thousands more against that one female who never got the opportunity to explore white collar jobs. Even till date, men are looked upon as more deserving for such jobs.

The Coming of Gig Economy!

Back in 2010, when Flipkart was the only digital platform in our country, the only way a woman could work was to go outside and do so. However, the last decade has witnessed a drastic surge in the terms of gig economy. This platform economy has proved to be especially attractive for women who were given the added advantage as well as the flexibility to stay home and be the all-rounder that women are so fondly known to be.

As per the reports made public by Noble House in 2019, 70% of the leading corporations they surveyed used gig workers.

Why are Women so Attracted Towards Gig Economy?

Excelling the gig economy is no small feat but nothing is unachievable for a woman when she sets her heart and head to something!

In the past 10 years, since the gig economy has shown some growth and progress, women have become an indispensable part of it. Females have taken to this economy with open arms and there are not just a couple of reasons for the same.

Women are souls with wings. Hence, freedom comes naturally to them. With the increased growth of the gig economy, women felt themselves getting the added freedom to work as and when they wanted. They could stay at home and work when they had the time at their hands.

Yes, gender pay gap is an actual existing entity and countless women throughout the world have seen and experienced the blunt side it. For years now, women have had to fight hard and long for equal pays for equal and in fact, even greater amount of work. With the inception of the Gig Economy, women have somewhat felt relieved of the wrath.

The gig economy has little to zero difference as to what your gender is. It just wants its work done and if you are the right fit, you get the job. And women are exceedingly happy with it. The gig economy has given women equal opportunities at rising above and showing their true talent and prowess.

For centuries, women had to stay content with the title of being the homemaker. While several women love to be the bearer of the title today as well, there are many who want to rise above that but never got the chance. With gig economy coming into the picture, women felt an enhance sense of autonomy and felt their status change in other’s perspective too. This is especially proven to be a godsend for women who thought their careers had to come to a stop after becoming a mother.

In order to explore the ability to take full advantage of the gig economy, women found themselves getting heightened digital literacy. This gave them an added sense of self satisfaction and self-worth, especially given the datum that the world today is digitally driven.

Coming to a Conclusion

India is known to be second on the list of the largest number of freelancer professionals on the globe, next only to the Unites States. With statistics as wide as such, it becomes imperative to fully study and comprehend the kind of impact this gig economy has created on the lives of Indian Women.

There is no doubt as to whether Indian women are inclined towards it or not, since the stats speak for themselves. If you too are a woman who has taken to on demand gig platforms to stay in the current, then you should definitely explore the opportunities provided by Shework, a community where women are presented with all the power to handle their future and work, and become the makers of their professional graph.